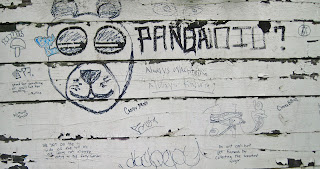 Goodbye Panda Paranoid Wall.  It started out as just two eyeballs and the word paranoid.  That was many months ago.  Then the eyeballs became the the Panda face.  Then the messages starting to appear. I did enjoy reading those messages:  "Stand for something or you'll fall for everything" and "we sat on the side of the hill as we were not allowed into the fairy garden". 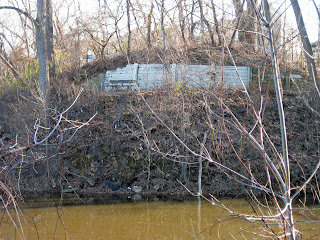 Last winter the wall was just a big ugly thing with peeling white paint until the eyeballs appeared. 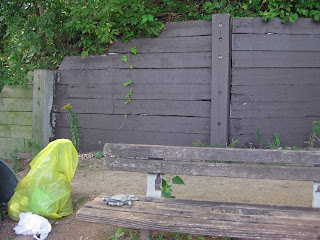 I was picking up trash along Bassett Creek recently and realized the thing was painted over.  First, I thought ok, great. I like that brown better than the white. 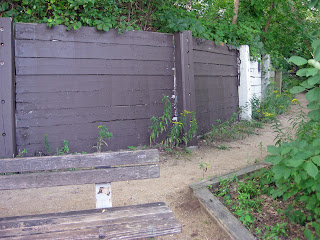 But it's not really finished. The white walls that did not have any graffiti were not painted.  So now, well, it just looks stupid. 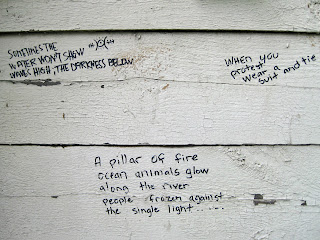 Painting over graffiti almost seems like a waste of time and resources when you keep having to repeat the same task.  I think there is a better way to deal with this kind of stuff.  We have a thriving arts community in Minneapolis who could probably come up with some interesting ideas to fix this problem and make areas like this much more pleasant.

Posted by Carla Smith at 2:26 PM No comments: 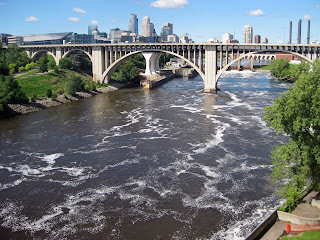 I've walked from downtown Minneapolis to the University of Minnesota about 4 times in the last couple of weeks.  There are two pedestrian bridges that go across the river. 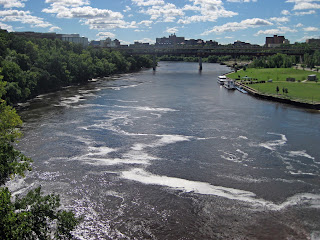 The view is great looking up or down the river.  Students were going back to school and the campus was busy.  I grabbed a couple of freebies that folks were handing out; popsicles, chicken on a toothpick, and cheap sunglasses.  If I could have stayed longer I could have gone to a free Korean barbecue but that might be pushing it since I'm not a student. 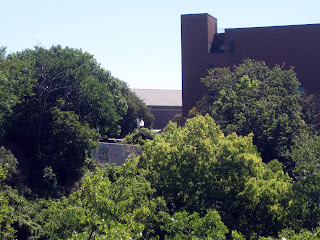 I couldn't help but notice the graffiti on the East Bank along a wall that faces the river.  That's new.  It's "That Guy" leaving his mark for the beginning of the school year.  I believe the folks that work over at the city graffiti control call you "The Face".  I wonder if they have a file full of your artistry. I started to think of just how often I see graffiti from you and how many photos I have taken.  We visit the same spots. 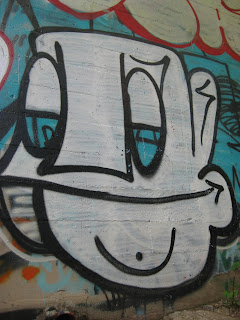 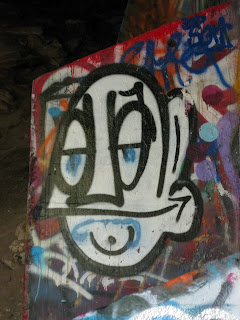 You've left your mark under all the bridges that I have visited; the Ford Bridge, the Lake St. Bridge and countless others.   Sometimes the proportion of the the face changes.  I know you are also into making stickers and I saw one of your stickers by the entrance to the Bassett Creek conduit.  The truth is, I like stickers.  I need to go back and clean up the trash that was left there.  Was that you?  I picked up a notebook discarded in the bushes along the river walk downtown.  Hup, that was your doodle book. 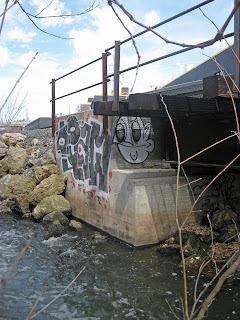 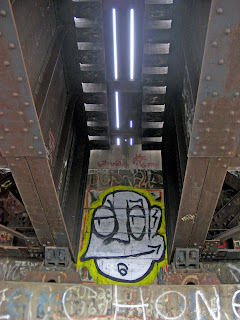 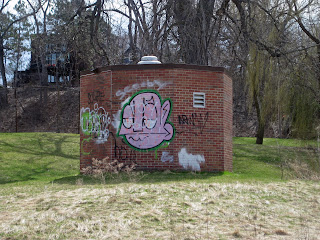 Mostly "That Guy" keeps to places that are hidden but once in awhile he gets bold and it pops up in a neighborhood.  Maybe this one has been painted over already.  The neighbors around the park probably complained to the city. 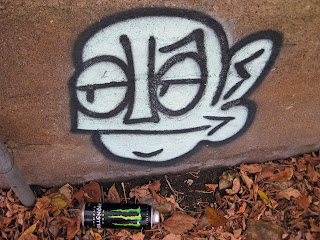 I see you visited the homeless camp that we cleaned up last April.  Interestingly enough, the homeless man that helped us clean up this spot along the river was furious that you had left this mark on the concrete wall back there.  I have mixed feelings about this stuff.  There is personal preference for graffiti and what is art.  Once you put it out there everyone is free to be a critic, even the homeless guy at the camp.